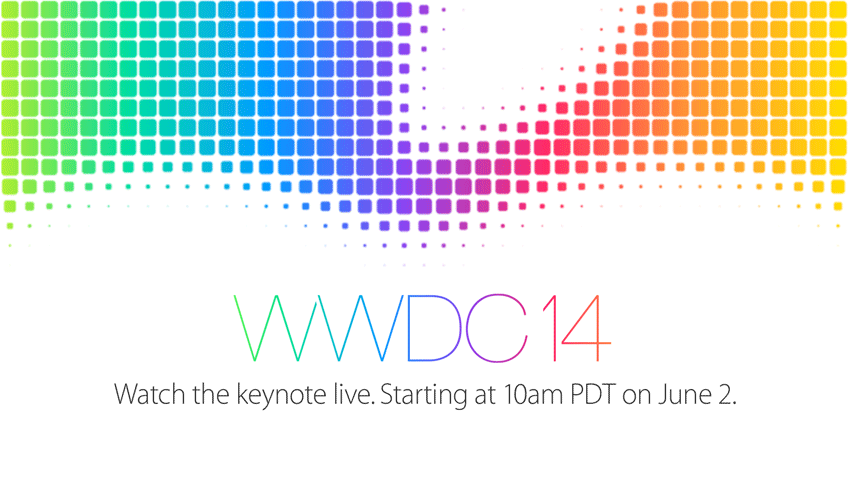 Check out Daniel Eran Dilger’s article about WWDC, which kicks off tomorrow. The event has been sold out within seconds for the past three years. Most of the content is online within hours of the presentation. The famous keynote is live on the web.

Some have asked if I’m still going to this event. My six year run since 2008 with the event has come to a close for now to focus on the industry that is related to my field. This is why my focus is with O’Reilly’s OSCON event in Portland, this July. Maybe someday I’ll return to WWDC. I thank Apple for giving me a scholarship to this event in 2008 & 2009 and even giving me a VIP keynote pass for the last two years. I also can’t forget the wonderful people I’ve met over the years. Only about half of them are attending this year.

Good morning all! We’re experiencing heavy network problems inside Moscone West which is very typical at this event. This year I was able to get a VIP pass into the event, being able to actually sleep before the big day. I’m about five rows back from the front.

Siri, kicked off the event, yes, Siri, with a bunch of jokes. Well done!

Tim came out on stage and mentioned that WWDC is in its 23rd year, the longest-running

Phil Schiller took the stage getting ready to announce new MacBook Air Hardware with the new Intel ivy-bridge Core i5 & i7. The MacBook Air can load 512 GB of SSD storage. USB3 will be added to the lineup. The iSight Camera will be updated to the same FaceTime camera found in their mobile devices. These devices will start shipping TODAY!

The MacBookPro is also getting an update. They are getting the same Intel ivy bridge family CPU, up to quad-core. They are keeping Nvidia graphics in the line. USB3 is also built-in. This is also shipping today!

OOO! Here’s a MacBook that is cloaked! Phil announced the “Next Generation MacBook Pro.” Here are some ideas, we need a killer new display, built for the future and lightweight. Here it is! Phil showed us how thin this thing is. 7.1 inches thin! It’s about as thin as the MacBook Air. Yes, folks, this has a “retina” display. 15.4 inches across, 2880 X 1800 pixels. The glare has been reduced by 75%. Up to 16GB  RAM and 768 SSD is available. 7 hours of battery life. New dual mics are installed, perhaps for voice recognition?

Major updates to Apple’s “pro” apps like Aperture will be updated to take advantage of this new display. Other 3rd party apps are on the way.

Phil shows us a video… and Johnny Ive is on screen!

Craig Federici is now on stage talking about OSX (10.8) “Mountain Lion”. Mountain Lion will have 200 new features. We will demo 8 this morning.

All of Apple’s i-apps will be integrated. iWork apps will now have documents in the cloud (do I smell Microsoft?).

iMessage is coming to the Mac. Craig showed us Pages. Notification center is now built-in, not a 3rd party plug-in. Dictation is coming to the mac, just like the iPad. Sharing will bring platforms such as Facebook and Twitter into your apps. The Safari (Webkit) browser will have iCloud features, such as being able to share bookmarks and history across devices. Multi-genture tabs now work across window tabs.

Craig now shows us “Power Nap.” Power Nap will keep your essential background services such as backing up and iCloud connections.

Mirroring now works with the AppleTV, just like your iDevices. Game Center is finally coming to the Mac. Craig demoed both for us. “Racer X” was invited on stage to race a game, Craig lost 🙁

OSX Mountain Lion will be released for $19.99 next month. That update includes all the way back to Snow Leopard for all your Macs. If you purchase a new mac today, you get Mountain Lion for free.

Ah, Scott Forstall, of course. Here he comes to talk about iOS.

Most modern Apple devices are in iOS 5, more than 75% of the customer base.

Over 7 billion notifications a day are set out (this is what I do at work).

Scott announces iOS6 with 200 new features. He started off with Siri’s new “behavior.” He asked Siri a sports question. She answered it very well. “What is Buster Posi’s batting average? Who is taller, LeBron or Kobe? What movies are playing at the Metreon (across the street)? Show me movies starting Scarlett Johansen… Play Temple Run” She knows it and does it all!

And here it is! Siri can now be integrated into your car! Goodbye Sync. Nine auto manufactures (except ford) have  committed to bringing Siri to your vehicle.

Siri is coming to the new iPad.

Facebook integration is now easier. The settings app will set this up for the user. User will be able to post a status, photo, video, etc. Facebook is also in the AppStore.

Scott showed off enhancements with the “phone” app. You can now ignore a call to send a message or set a reminder to call back via a geofence. A new DND (do not disturb) function will keep your phone silent based on a schedule.

Facetime now works over cellular networks! Facetime will also attach your phone numbers with your AppleId for cross-device connectivity.

“Shared Photo Streams” can send photos to your firends directly without a platform such as Facebook or Twitter.

Passbook can enable users to purchase items like movie tickets, airline reservations, etc. Scott showed us a demo. The feature is live based on where your location is, such as bringing up your boarding pass when you are at the airport.

Guided Access gives users with special needs to use iDevices, such as iPads. This also includes uses in the classroom like keeping a single application on to administer a test.

Time for MAPS! Apple is bringing out their new mapping system, saying goodbye to Google. This was entirely built by Apple and will have all the feature you’re used to, such as traffic information. Turn-by-turn navigation will be built-in, with Siri! Maps will be 3D in many metro areas. Scott showed us. Too much is happening here folks. This will be amazing!

iOS6 will be handed out as a beta to developers today. iOS6 ships later this summer for the iPhone 4S, 4, 3GS, the iPad 2, new iPad, and 4th Gen iPod Touch.

Tim is now back on stage, reviewing all the stuff from the morning (to much!). Tim reminded us that “Apple” itself built all this, keeping the culture alive and well, impacting the world.

That’s a wrap folks. Photos will be uploaded later today. Thanks for being here. 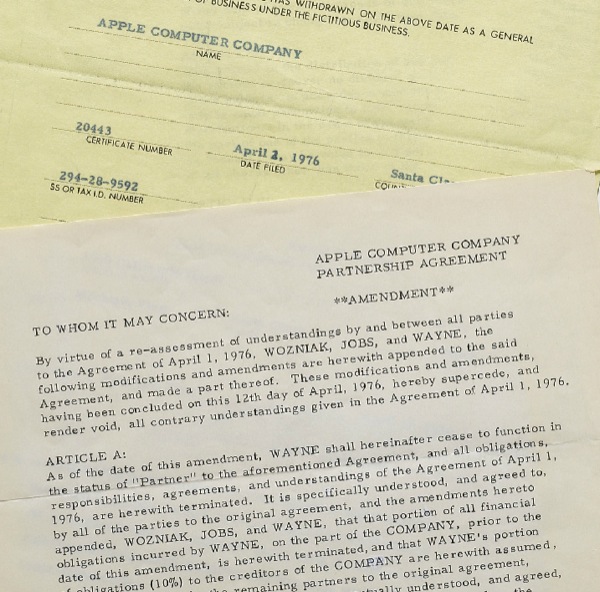 The signed contract that established what would become the world’s most valuable tech company is one of the highlights of an upcoming auction, and is estimated to sell for at least $100,000.

It was revealed on Monday that the document which founded Apple Computer Company in 1976, will be sold by Sotheby’s in an upcoming books and manuscripts auction, reports Bloomberg.

The original three-page draft is signed by co-founders Steve Jobs, Steve Wozniak and Ronald Wayne, and is the third most-valuable lot being sold in the December auction.

“This is a foundation document in terms of financial history, social history and technological history,” said Richard Austin, head of books and manuscripts at Sotheby’s in New York.

Wayne, who was the original owner of the contract, met Jobs while working at Atari Inc. and was later promised a 10 percent stake if he could persuade Wozniak to join Apple. The three founders drafted the official paperwork on April 1, 1976, effectively establishing the fledgling computer company that would turn into today’s tech heavyweight.

On April 12, however, Wayne withdrew as partner, receiving $800 for his share of the company. Sotheby’s notes that he subsequently received another payment of $1500, though by the end of 2010 his original stake would have been worth an estimated $2.6 billion.

A manuscript dealer, who acquired the founding draft from Wayne, sold the documents to the auction house in the mid-1990’s.

“It was right before Jobs rejoined Apple,” Austin said. “At the time, everyone thought that Apple was pretty much finished.”

Jobs, whose closely guarded personal life was recently exposed in a biography by Walter Isaacson, was seen by many as the driving force behind Apple’s dramatic turnaround in becoming one of the largest companies in the world.

The tech guru’s untimely death in October generated an enormous amount of press, which is part of the reason Sotheby’s is selling the documents.

“With everything in the news, this seems to be the time to do it,” Austin said.

Included with the original contract is a statement by the County of Santa Clara noting Wayne’s withdrawal from Apple as well as an amendment to the original draft.

The auction will take place on Dec. 13 in New York.